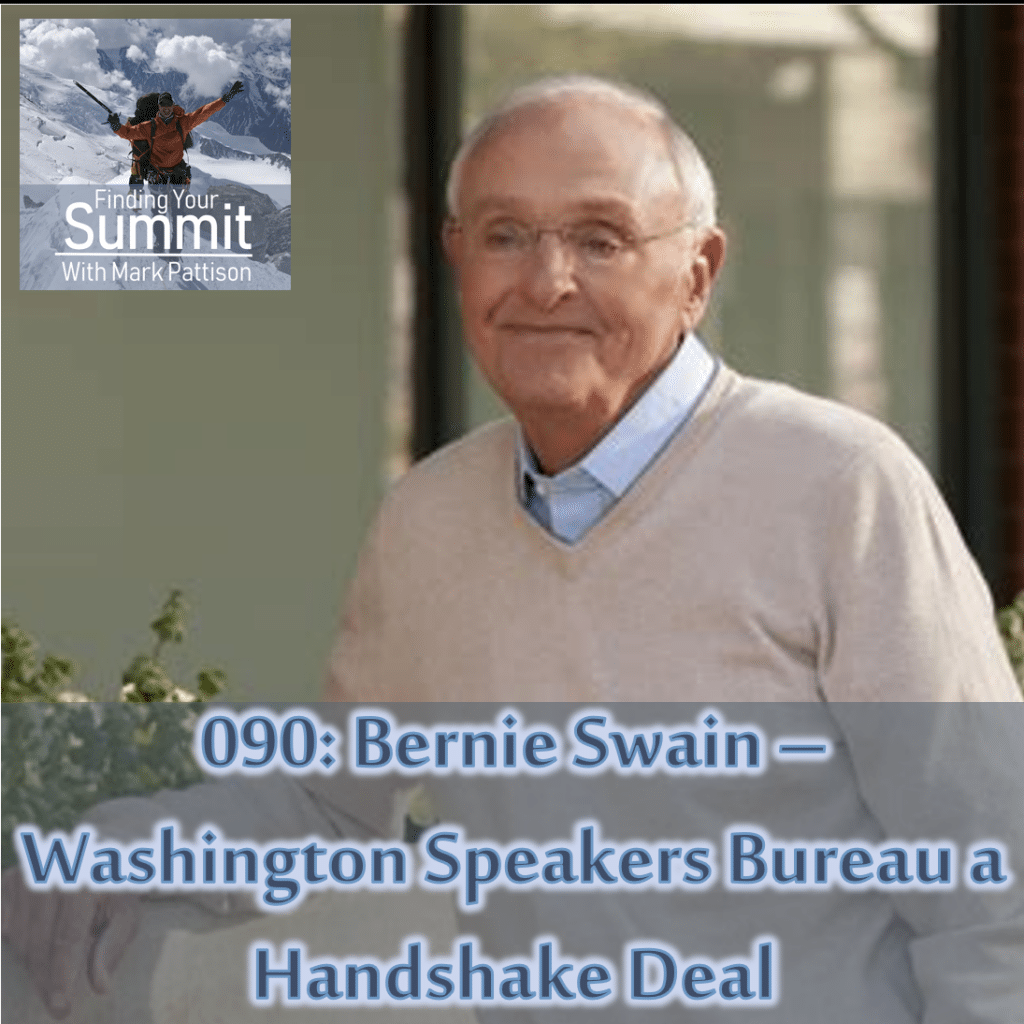 Bernie Swain is an author, TEDx motivational speaker and business leader. His organization, Washington Speakers Bureau, has worked with top national and international leaders including three U.S. Presidents, four British Prime Ministers, numerous journalists, military generals and other influential and high-profile clients. His work has been covered by The Washington Post, Fortune magazine, Entrepreneur magazine and other respected media.

The Strength of Trust

The first year for Washington Speakers Bureau was its hardest. Bernie, his wife and his friend were operating the business from an office converted from a closet, they were struggling to keep the business alive, and they were having no luck landing clients. But that changed when Bernie chose to seal his first deal with a handshake rather than a contract.

By extending trust, Bernie began making a name for the Washington Speakers Bureau. More and more motivational speaking talent began working with Bernie, as the lack of a contract showed that Bernie was sincere about earning their business. That snowballed Washington Speakers Bureau into the largest company of its kind. The lesson here is that trust, relationship-building and tenacity are the true secret recipe for entrepreneurial success.

It is fair to say that Bernie has done some great work for the talent he represents, but that road runs both ways. In working with some of the world’s top thought leaders, diplomats, motivational speakers, journalists and others, Bernie has been able to forge some powerful friendships and get a firsthand glimpse into the character and strengths of these leaders.

Bernie’s book, What Made Me Who I Am, distills the knowledge, traits and daily habits he learned from working with those thought leaders. It outlines the impressive journeys of 34 of those leaders and the lessons Bernie was able to learn from their greatness. Tenacity, passion, empathy, drive, perseverance, charisma, and the ability to recognize opportunity are what allowed those leaders to take their place in history. Those same traits can lead all of us to maximize our own potential.

Follow Mark’s attack on his 6th summit, VINSON! on his expedition’s tab.