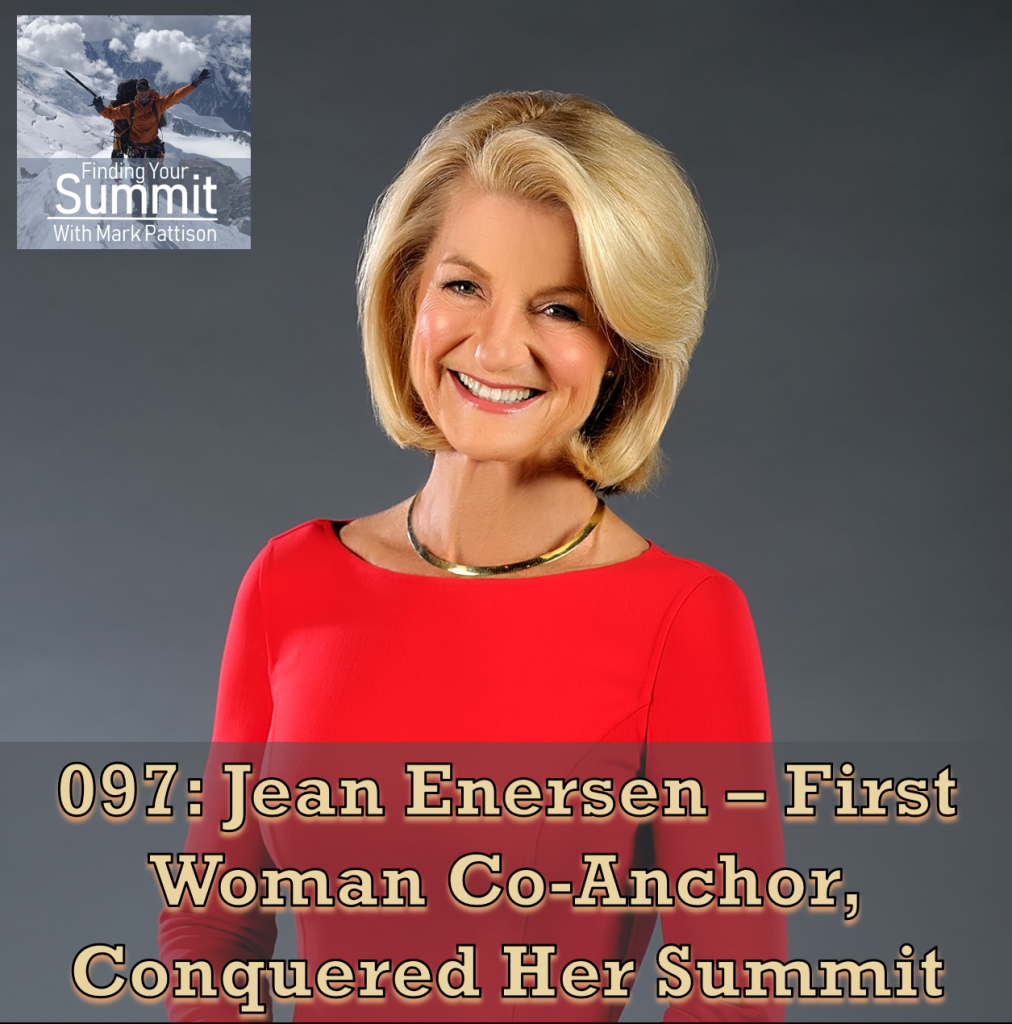 Jean is the first and longest tenured female news anchor in US history. Graduating from Stanford in 1966 Jean mapped out a plan to continue her education and earn a PhD. Life got in the way and launched her on her remarkable career.

Staring with KING 5 TV in Seattle in 1968 Jean’s first job with the documentary film production company. A week later, the documentary production capability was dissolved. Jean began working in the newsroom beginning her multi-decade run at the pioneering station.

A flight of Firsts

When Jean started in the news division, there were two “girls” on staff. Life for a young reporter is hard enough, but for Jean, everything had to be normalized. Undaunted, she worked to earn the respect of her peers. There were always new barriers to overcome, constantly another first to claim.

Despite posing significant challenges for Jean from every angle, KING 5 TV in Seattle was a still pioneering local news station. They led the way in terms of technical capability and in recognizing her capabilities. Long before stations even accepted women as TV news reporters, Jean was on the streets building her credentials and trust with the community. 4 years into her time at KING she was made co-anchor.

Staring in 1972 and lasting until 2014, Jean was the first female local news anchor in the nation and its longest lasting clocking in at 46 years.

Along the way Jean traveled to report in countries like China and Russia. She interviewed 5 different presidents including President’s Carter and President Obama. The President Obama interview was special. Jean stood out from her press corps peers because she had attended high school with the President’s mother. The normal 2-min press interview turned into a 20-minute session. As always Jean found something new about her subject.

After swapping thoughts on the Mr. Obama’s mother, Jean asked the question nobody else could, “What trait did you pick up from your mother?” The answer, “I’m really funny.” Jean notes this comment was early in the President’s administration before the nation go to see the warmer more affable side of Mr. Obama.

Jean got the anchor desk because she stood out as a journalist. However, she kept it for decades because people wanted Jean to deliver their news. When Jean finally retired in 2016, KING 5 was the number 1 station–and had been for years. Her early summit laid the path for thousands of other local news anchors.