In today’s episode of ‘Finding your Summit’ podcast, host Mark Pattison, former NFL Player, Entrepreneur, Philanthropist and Mountaineer, who has climbed the Seven Summits, talks with guest David Vobora (Former NFL Football Player | Professional Speaker | Founder – Adaptive Training Foundation). In this podcast, they dig into the incredible work that David has been doing. David also shares that how he perceives his Foundation – ATF growing in the near future in terms of the level and the amount of lives it’s going to impact. 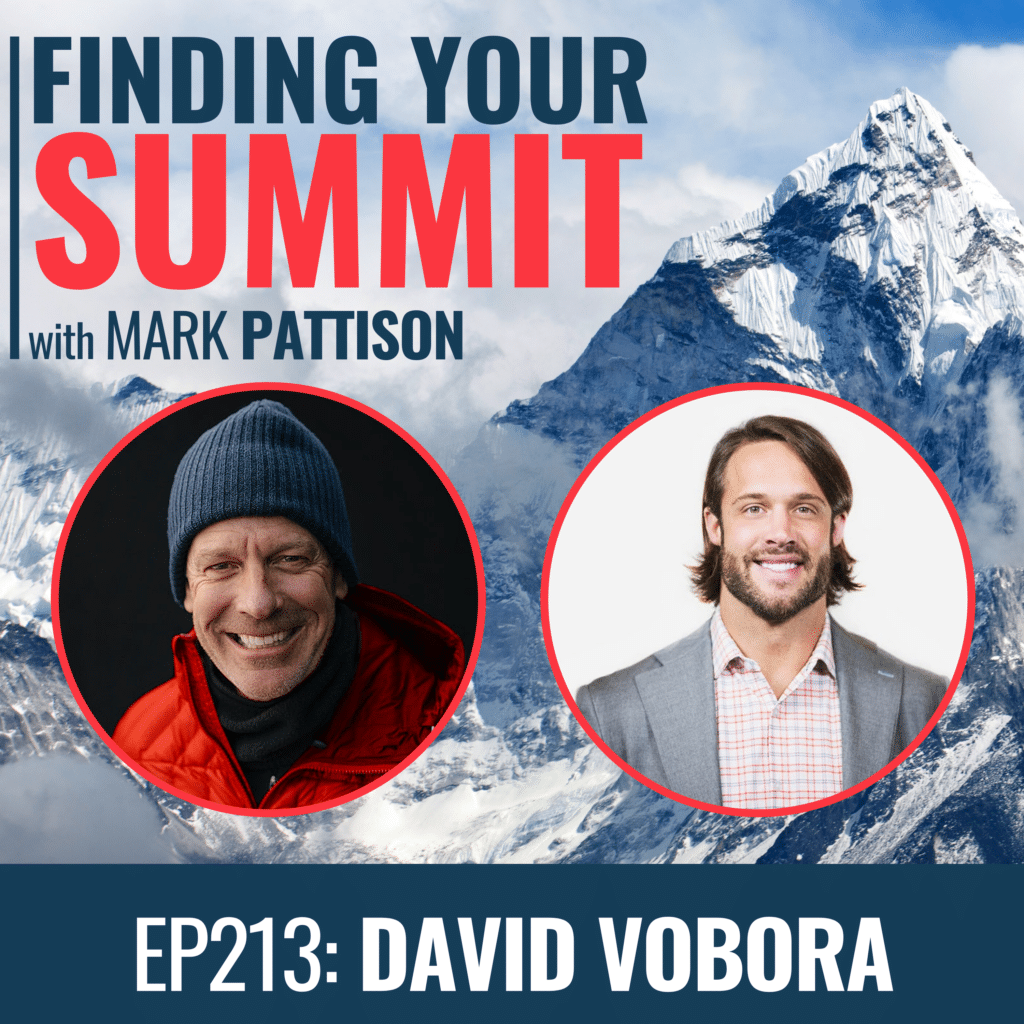 He also talks about the future of ATF stating that it is going to be a model that is scalable. Moreover, a digital infrastructure and a docuseries is going to tell stories for maximizing support awareness.

“Yeah, so it’s funny to set the stage here. I was slated as a mid-to-late round pick right for whatever that is in the imperfect science that is the NFL Draft.” – David Vobora

“So, you know, but at the end of the day you and I got drafted around the same year seventh round I’m a seventh round.” – Mark Pattison

“Had I been on steroids, my physique would have looked drastically different, I would say with how much I was working out.” – David Vobora

“But those who know me, those that have seen me and continue to see my life since then, say that let’s listen this guy’s characters is of high value.” – David Vobora

“There was a lot of writing on the wall where I used football to achieve so people would applaud so they wouldn’t ask me what the hell was really going on inside.” – David Vobora

“So, all of that to say, pretty soon I had 30 or 40 adaptive athletes, most of which were military and first responder amputees, spinal cord injuries, neurological diseases like Parkinsons.” – David Vobora

“That’s the beauty of this podcast, you know, I think the mountain humbles all people at some point.” – David Vobora

“So, just to have the mindset of the champion to do that particular thing, right!” – Mark Pattison

“There are lots of stories like this, but is there one that sticks out, you know, one more than the other.” – Mark Pattison

“I think the root is what we’ve touched on today which is storytelling, right, people find themselves in other people’s stories.” – David Vobora

“I have 30 above knee amputees in my class on the hybrid digital, and we’re going to do a once-a-week live interface where I’m going to take them to a workout….” – David Vobora

“If you see a video and it resonates with you, it captivates you and motivates you; share it, tag me, because you never know who in your sphere of influence is going to see that post or share and be touched.” – David Vobora