In today’s episode of ‘Finding your Summit’ podcast, host Mark Pattison, former NFL Player, Entrepreneur, Philanthropist and mountaineer who has climbed the Seven Summits, talks with guest, Jeremy Poincenot (Inspirational Speaker & Blind Golf Champion – providing perspective to help others see the power of interdependence). He shares his incredible life story, experience and professional journey as a successful player in the world of golf despite being blind. 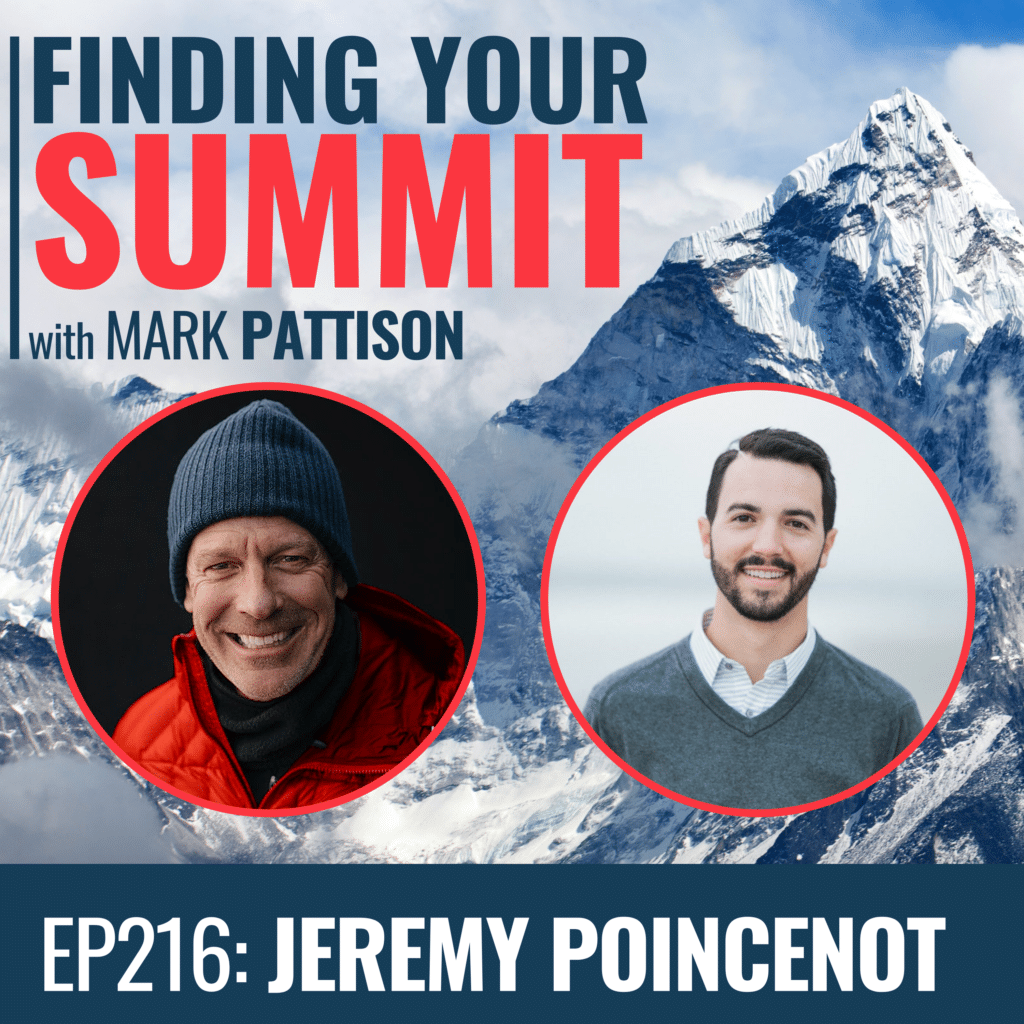 “You became blind at the age of 19, and I was going through and I was researching some of this.” – Mark Pattison

“Yeah, so golf is an individual sport and Blind Golf is a team sport.” – Jeremy Poincenot

“He is the guy champion trophy and it’s really cool to share that bond.” – Jeremy Poincenot

“That’s what we’re here on this planet for, and I’m lucky that I’ve learned at a young age that it’s okay to ask others for help and I’m all about it.” – Jeremy Poincenot

“Technology has done wonders for my life since losing my sight.” – Jeremy Poincenot

“So, you can make that race, whatever you want to make it the big picture, but at the end of the day you’re out there trying to help people.” – Mark Pattison

“I think we need to change our perspective on how we view asking for help.” – Jeremy Poincenot