In today’s episode of ‘Finding your Summit’ podcast, host Mark Pattison, former NFL Player, Entrepreneur, Philanthropist and mountaineer, who has climbed the Seven Summits, speaks to guest Jeff Struecker. Jeff talks about his 22 year old journey in the US Army and discusses his fear of dying — and what went down when his platoon tried to rescue Black Hawk Down. They also discuss the current situation in Afghanistan. These episodes are all about people overcoming adversity & finding their way. 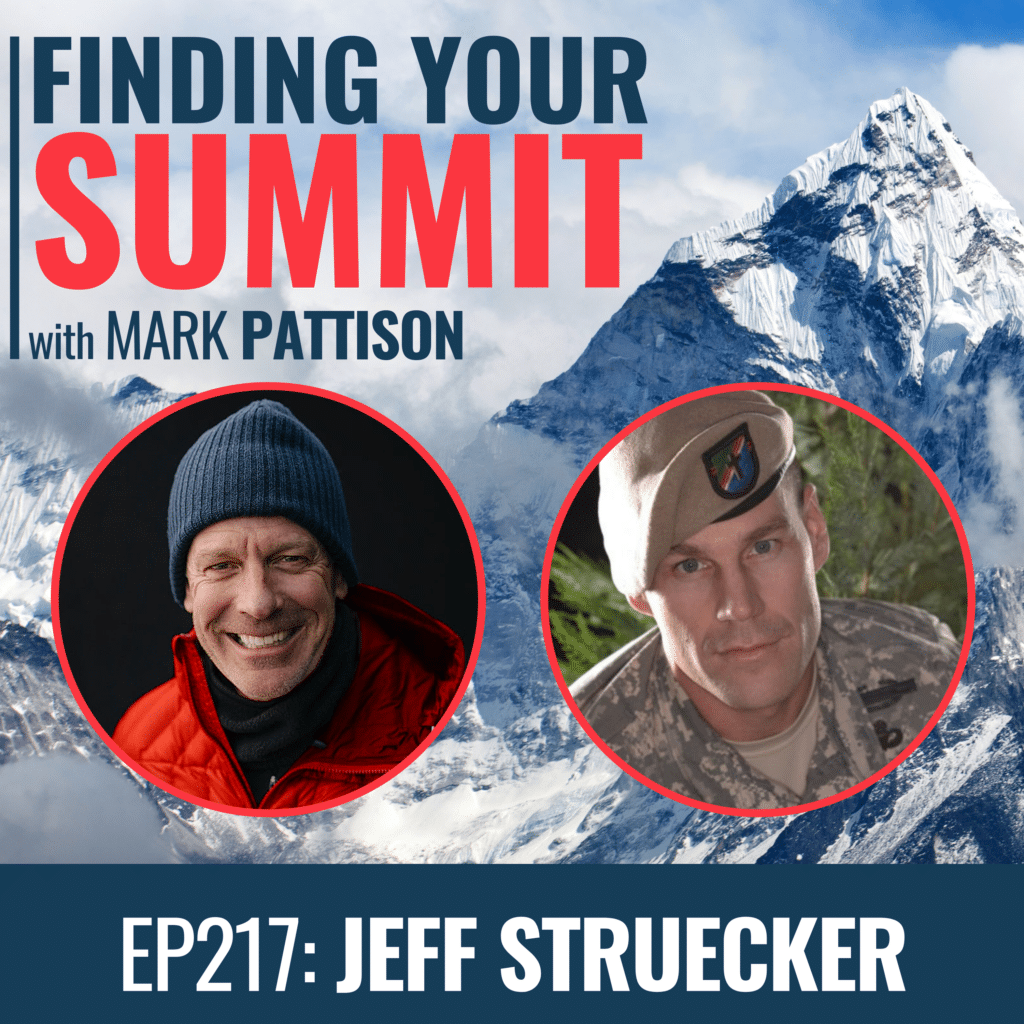 “If you didn’t own farmland, you didn’t have a future in this small town.” – Jeff Struecker

“I didn’t have any answers for, and didn’t even know who to talk to to get those answers. That’s really what made this become a borderline obsession.” – Jeff Struecker

“But the prayer was basically: Jesus, I believe you’re real. I need you. Will you forgive me? Will you change me? But more than that, will you take away this fear of dying?” – Jeff Struecker

“My first combat experience, though, did cause me to start to realize how short human life is.” – Jeff Struecker

“You just never know when your number is going to come up.” – Mark Pattison

“You know, be the best version of you, and go after those different things.” – Mark Pattison

“You don’t have to be the kind of person that runs from your fears, because they will chase you for the rest of your life.” – Jeff Struecker

“But the reason I go back (and my wife, to this day, thinks that I’m clinically insane for doing this) is just because my friend says: I need to go, and I need you to go with me.” – Jeff Struecker

“I had this personal policy that I was going to stay in the army as long as I could stay.” – Jeff Struecker