225: Jim Zorn. Life in the NFL. The transition from player to coach

In today’s episode of ‘Finding your Summit’ podcast, host Mark Pattison, former NFL Player, Entrepreneur, Philanthropist and Mountaineer who has climbed the Seven Summits, talks with guest Jim Zorn, former American Football Player and Coach. Jim discusses about all his mentors and their influence in his life. He also talks about those experiences which formed the basis for him. 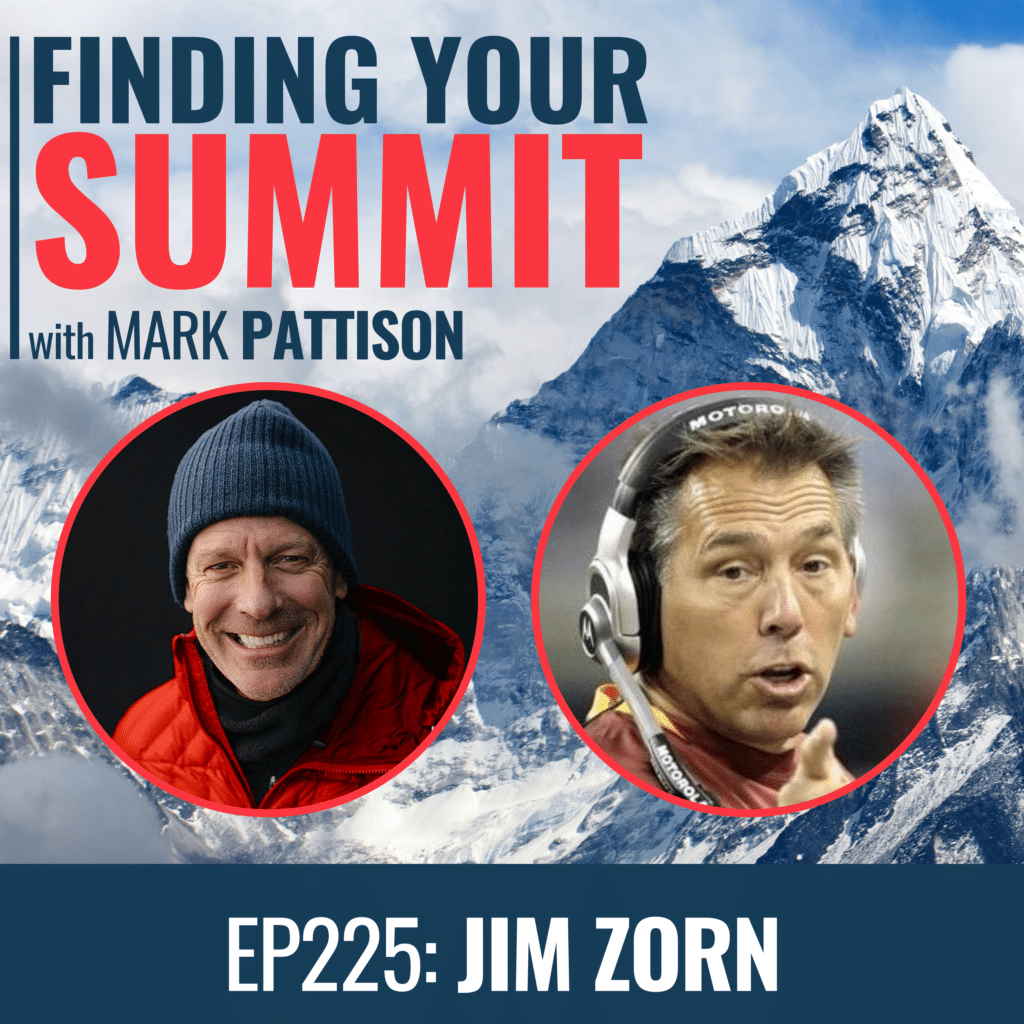 “When I was done, it was the same feeling maybe that you had is like wait a minute I can do this, I can go on and play now.” – Jim Zorn

“I’ve never been really embarrassed or shied away from trying things. I’m kind of a curious guy.” – Jim Zorn

“I don’t like to risk my life, if you will, but what I haven’t risked is being embarrassed.” – Jim Zorn

“I always thought that if I showed my true emotions, walking into a room and saying like I really did my head this time that would make me less of a person.” – Mark Pattison

“Jack didn’t allow water and so, we took salt pills and we hydrated I mean we drank a lot before we went to practice.” – Jim Zorn

“It doesn’t matter who you are, how successful you are at some point in time, you’re going to keep moving.” – Mark Pattison

“I was replaced by Mike Shanahan and Mike had been let go by the Denver Broncos.” – Jim Zorn

“What people need to know is the league doesn’t need you and so you got to do everything you possibly can to make them want you to stick around.” – Mark Pattison