Hey, everybody’s Mark Pattison the back again with another great episode of Finding Your Summit. All about people overcome university and finding their way. Before we get to you, today’s wonderful guest, I do want to remind everybody to go to my website, www dot mark pattison, NFL dot com. I’ve got another climb coming up in September which you can check out. Headed to France, headed to Switzer learn for for Mount Blanc and the Mattahorn. So that’s number one. Number two also on my website you can find the amazing Emmy winning best picture searching for the summit the NFL did on my expedition to Mount Everts last year. It’s pretty epic Um and so go in check that out. And then also we’ve got over two and fifty podcast now, which is a heck whole lot of podcast us. Appreciate the love. If you went to apple to give a ratings and review, helps elevate the popularity of the show so we can help inspire others. And always I continue to raise money for Amilias Everest my vehicles to higher ground here in Sun Valley, Los Angeles and New York. It’s all about trying to empower others and that’s what life is all about. So on that note, let me jump into today’s rock star guest. 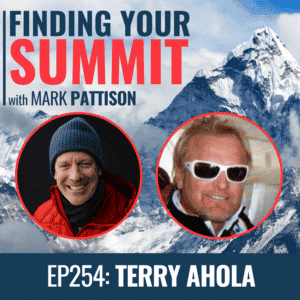