Kristin Harila: Amazing conversation with Kristin who is from Norway and attempting to climb the 14 highest mountains over 24,000′. What an accomplishment! She just got off of K2 and the other mountains in Pakistan, and now has 3 left. Will China let her into the country? Tune in and find out…
Listen to “Kristin Harila: Eleven 8 Meter Peaks down, 3 to go towards setting a world record” on Spreaker.

Hey everybody, it’s Mark Pattison and back again with another great episode of Finding Your Summit. All about people overcoming university and finding their way. Certainly applies to this guest today. I can’t wait to get to but before we do that I want to talk about my website, www dot mark pattison, NFL dot com. There’s a lot of stuff going on there, including over two seventy podcasts I’ve done with just incredible people doing amazing things. So you can check that out. Please go into apple anytime give the show a ratings and review so we can get and find more viewers and listeners that can actually be inspired by again these incredible people. Also, alongside that is my movie emmy winning searching for the summit, best picture done by the NFL. You can check that out. It’s really cool or inspirational and all about my everest journey with the person and talked to today, which is really cool. And then, last but not least, I continue to raise money for higher ground um through my campaign and millions ever us. We’ve done all kinds of different events, raised thousands of dollars and it goes to a great cause for people who have have to overcome, mostly military people, cognizant things and adaptive issues, Um, and trying to get those people literally back on their feet and confidence in life again. 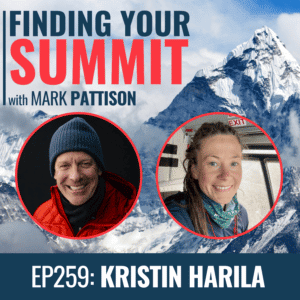