Pete Nordstrom: I had a fantastic chat with an old buddy from college that is now, along with his brother Eric, running Nordstrom. Certainly no small feat. We talked about running the family business, how he earned what he has become, his family, charities he supports, and his favorite hobby beyond sports, playing in a band. Pete is a great guy who just gets it. Happy for him and his success. Listen to this episode as you can learn so much.

Again with another great episode of Finding Your Summit, all about people overcoming adversity and finding their way. Before I get into today’s rock Star guest, I want to make sure I draw attention to my website. There’s a lot of cool things going on there. Number One, I’ve got over 275 podcasts of amazing people doing incredible things which we’re going to talk to. Also another one of those people today, that’s number one. Also, if you can go give some love on Apple helps elevate the show with any kind of ratings and review. Number two, Uh, the amazing film Searching for the sum at the NFL, produced on my incredible journey up and down Mount Everest is also available there. And number three, I continue to raise money for Emilia’s Everest. My daughter has epilepsy. We’ve been dealing with that now for a long time. And everything goes to Higher Ground, which is based here in Sun Valley, Los Angeles and New York. It’s all about empowerment for other people and we continue to want to serve everyone and certainly we campaign through millions every The thirty third team dot com is your must follow for everything going on in the NFL today, with videos and analysis from current players as well as former players coaches in NFL execs. It will change the way you see the game. Plus you can use the Edge, Football’s most powerful and informative interactive tool to guide all your fantasy decisions and wagers. And it’s free. Find them online at the thirty third team dot com. 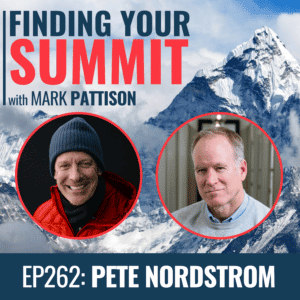