Jim Mora: The U Conn football team went 4-44 the last 4 years prior to Jim Mora showing up. He turned the football team in 2022 going 6-6 and being selected to play in a bowl game against Marshall. How do you change the mindset of young men who only know what it’s like to lose? Listen to Jim Mora on how he got his players to believe and buy into having a championship mindset. Amazing turnaround…
Listen to “U Conn Head Coach Jim Mora on becoming relevant again” on Spreaker.

Everybody. It’s Mark Pattison and back again with another great episode of Finding Your Summit, all about people overcoming adversity and finding their way. Before we get to today’s  great guest, I just want to draw attention really quickly to my website www dot Mark Pattison NFL dot com. There’s a bunch of great stuff going on over there, like two five plus podcast. You can go in get inspired just like I do every day. We’ll get to our rock star guests in just a second. That’s number one. Uh. Number two is I would appreciate any uh love on Apple by giving a review and ratings, and by doing that, um, it helps elevate the popularity of the show. We have talked about this before, but my award winning best picture me there. It is the trophy, the hardware now searching for the Summit best picture. The NFL shot of my journey up and down Mount Everest. Uh. You can access that through a link. And finally, we continue to raise money for Higher Ground. We have a campaign called Emelia’s Everest. We’ve raised several hundred thousand dollars. It’s fantastic and it helps with empowerment of other people. 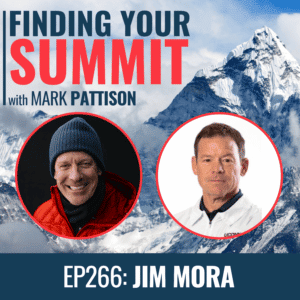