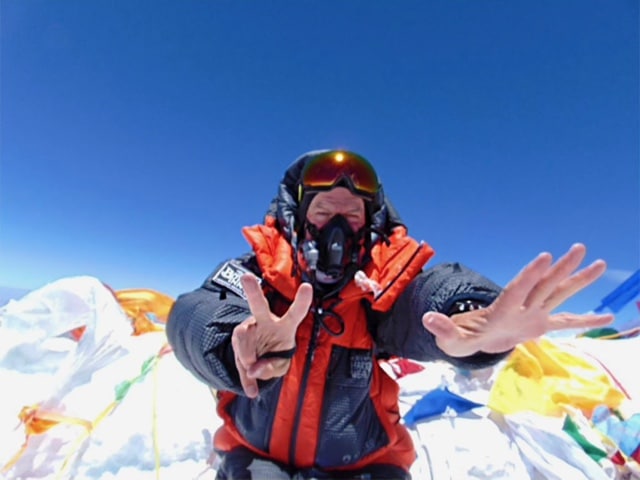 All, I wanted to wait a few days to post after summiting Mt Everest on May 23rd to share what I went through.

At 12.30 am we broke camp and headed up the mountain. Each climber (there were 11 of us), had our own Sherpa and multiple oxygen tanks in hand due to the altitude we were climbing in. There was a mad rush to get out of camp and didn’t eat enough to sustain me on a summit push like Mt Everest.

After 2 months going up and down, preparing for biggest challenge of my life, off we went up into thin air all hoping for a successful outcome. As we left camp, there was a strong west wind blowing 40 MPH with small ice crystals going left to right piecing against my face. I did my best to cover up but within 1 hour the ice slashed my left eye and quickly became snow blind in that eye.

EVERY time I wanted to stop and turn around, I got re-engaged to keep going. I knew I couldn’t quit as I know my daughter Emilia will never quit trying to overcome Epilepsy.

As I slowly I moved up the mountain, I kept hitting these famous points which have been documented in movies. As I climbed past dead bodies, it was a sober reminder that life is fragile & to focus on each step.

Although my energy was low, my bigger concern was that I couldn’t see out of my left eye. On Everest, you are connected to fixed lines, not other people. My ability to clip on and off became difficult and my Sherpa didn’t speak good English so he didn’t understand my need for help.

At the end of the day, I was able to summit but not without the help of each one of you. As I was descending back to C-4, the idea of climbing Lhotse, the 4th highest mountain in the world suddenly didn’t matter as I knew I would have put my life in jeopardy.

I completed what I set out to do (climb the Seven Summits) and now ready for a new challenge.

Thank you all for coming along for the ride!!!!!