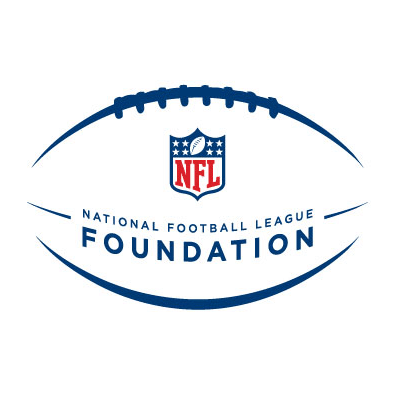 “We learned of Mark’s endeavor to scale the Seven Summits through his connection with the NFL Legends Community, and were honored to share his inspiring story as part of our Life After Football series in 2017. Now, as he embarks on his historic ascents of Everest and Lhotse, we are once again thrilled to collaborate with Mark in presenting an in-depth documentary story for an upcoming episode of our Emmy-award winning show NFL 360,” said Mike Derouin, Coordinating Producer, NFL Media.

Pattison’s challenge to scale Lhotse, the world's fourth-tallest peak within 24 hours of summiting Mt. Everest, would be a world record as the oldest and first NFL player to reach all seven peaks with the added challenge of conquering Lhotse. It is also an ambition less than forty people have accomplished. Pattison’s climb of Everest will complete his goal of summiting the Seven Summits, which are the highest peaks on each continent.

NFL Media filmed Pattison on location in March 2021 in Sun Valley as he was preparing for his Everest and Lhotse climbs. Included in Pattison’s mission and the inspiration behind this extraordinary pursuit is a philanthropic mission to raise awareness for epilepsy, from which his daughter Emilia battles.

“We have raised over $27,940, the height of Lhotse with the combined goal of Everest’s height, 29,032 feet, and have raised to date $56, 972,” said Pattison. “These proceeds will benefit Higher Ground, a national nonprofit organization based in Sun Valley, Idaho, who benefit those in need.”

Pattison, an expert mountaineer, is also a successful entrepreneur, an executive at Sports Illustrated. Connecting with Higher Ground and their specialized staff of trained professionals, they can help those with disabilities including epilepsy, so they can reach their own summits. The NFL Foundation has also partnered with Higher Ground through Pattison’s work to provide a social grant of $5,000 for Emilia’s Everest-The Lhotse Challenge.

Pattison has been featured on NFL Network: Life After Football and many other publications and podcasts. In addition, Pattison host’s his own weekly podcast, Finding Your Summit Podcast, which features ordinary people accomplishing extraordinary things. Guests include celebrities, sports legends and other remarkable people.

Click here to learn more about Finding Your Summit Podcast with Mark Pattison.

Pattison will be streaming and updating from the Himalayas throughout his journey to summit Everest and Lhotse. Click here to see Pattison’s previous summits. For more information, visit markpattisonnfl.com or email MarkPattisonNFL@gmail.com. For media interviews and inquiries, email Sabina Dana Plasse at sdanap@gmail.com or call (917) 364-2915. For press images click here.

About Mark Pattison
Mark Pattison was a high school All-American football player as wide receiver and quarterback at Roosevelt High School in Seattle, Wash. He was inducted into his High School Hall of Fame in 2005. At the University of Washington, Pattison played in two Rose Bowls, two Aloha Bowls and one Orange Bowl where he had the winning catch. He played under legendary hall of fame coach Don James and was inducted in the University of Washington Hall of Fame in 2016. Pattison played in the NFL for five years. He was drafted in the seventh round by the LA Raiders and also played for the New Orleans Saints.

As a philanthropist, Pattison has organized and raised $50,000 for Emilia’s Everest-Lhotse challenge for his daughter who has epilepsy and to raise awareness for the National Epilepsy Foundation. In addition, he has partnered with Philadelphia Eagles’ Chris Long and raised more than $46,000 to build water wells for the people of Tanzania through his foundation, Waterboys.org. They brought awareness to the cause by climbing Mt Kilimanjaro with other NFL Players and War Hero veterans in 2017. Pattison also raised $10,000 for inner-city kids of Los Angeles during his Mt. Kilimanjaro climb in 2013. Pattison is an available keynote speaker having been booked for high-volume events around the country in the last several years.