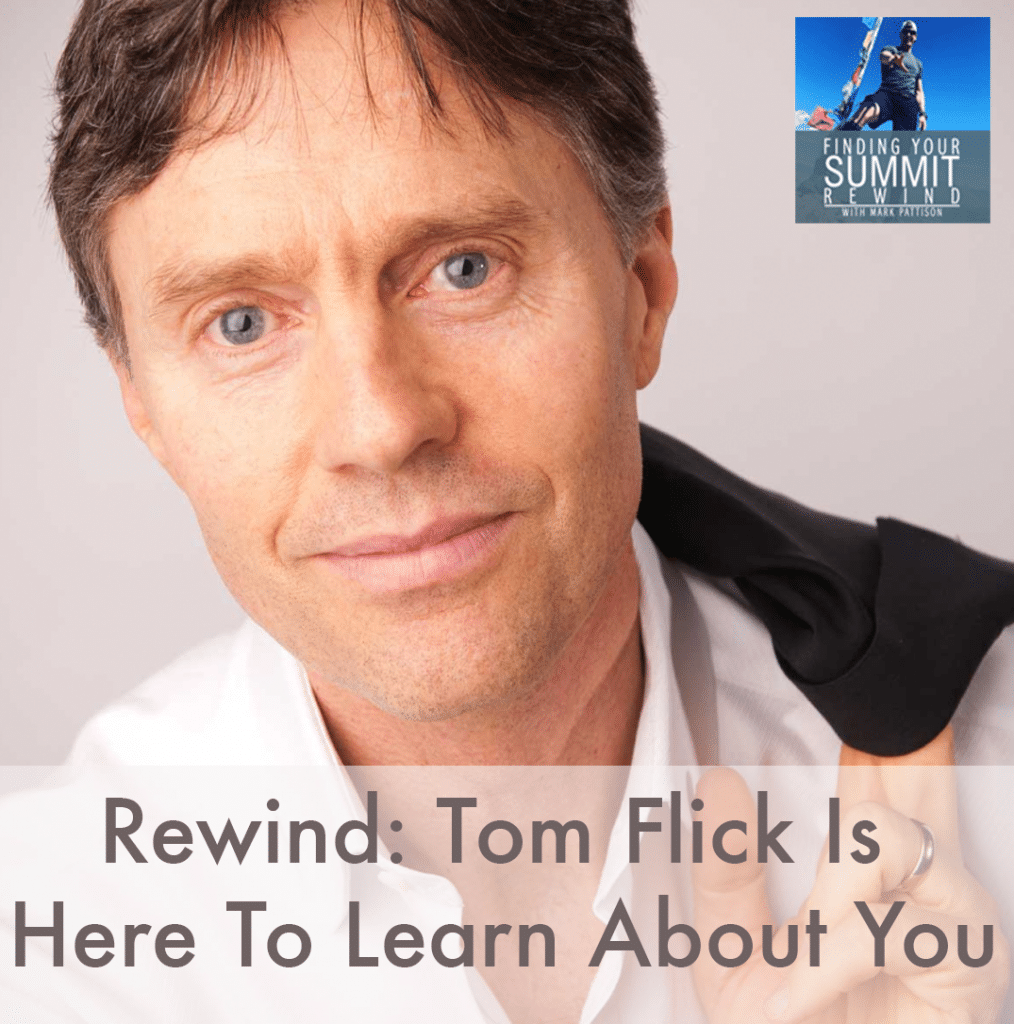 In this REWIND episode, Mark and Tom Flick discuss moving faster with less chaos. “We must stop, slowdown and think,” says Tom. When companies are too focused on efficiencies and relying on processes, organizations lose intentionality. These automated approaches to life and work invite chaos. To be nimble and fast, leaders have to create the right kind of speed, and Tom helps folks develop that clean speed.

Tom suggests building 2 to 3 hours a week to: think, ponder and reflect. Drop everything, let it fall to the ground…then determine what you want to pick up again and in which order. That clarity is found when for Mark in mountains of Sun Valley.

You Can Do This

Matt’s life began to change at that moment. He didn’t have gear, he didn’t have a real reason or guide until that instant. Then on the mountain, the magic words from the instructor, “You can do this!” Matt believed and chose a new path.

Matt began doing things. Throughout his he worked figuring out how to create a life focused outdoors, in the mountains and full of adventure. He mastered all of the tasks, “Ski Bumming,” being a kind person who’s worthy of other’s company, helping other discover what had been given to him, and that ability to enrich his soul.

At one point, Matt, in an effort to ski daily, he lived in his car during the winter for 63 days. Living simply, before the van-life was a thing, Matt focused less on things and more on adventure. In the episode, Matt noted that a focus on things, material items, eventually leads to being leashed to them.

Living outdoors at some point will push you past all challenges. In Matt’s case, that challenge was a protective Grizzly mother bear. Standing at the top of a chute, preparing to drop in, Powder Matt sensed something. That something attacked him and his only escape was do disregard all safety and ski as fast and as straight as possible down the mountain.

However, the bear attacked, no matter how fast Mosteller skied down the mountain, the Grizzly kept pace. Looking for his buddy, Matt realized he had two choices, head for the cliffs and certain death, or to the flats where his speed would wane and suffer the bear attack. Choosing the later, Matt hoped–simultaneously, Matt’s buddy was using rocks to create a barrier between himself and the bear.

The sound of the rocks drew the Grizzly’s attention. Matt was saved and his friend’s accidental distraction had saved both of them. Yet, that bear for months continued to attack Matt each night in his sleep. Slowly, over months. Matt grew and learned from every step outside to get away from that bear.

Follow Mark’s attack on his 6th summit, VINSON! on his expedition’s tab.