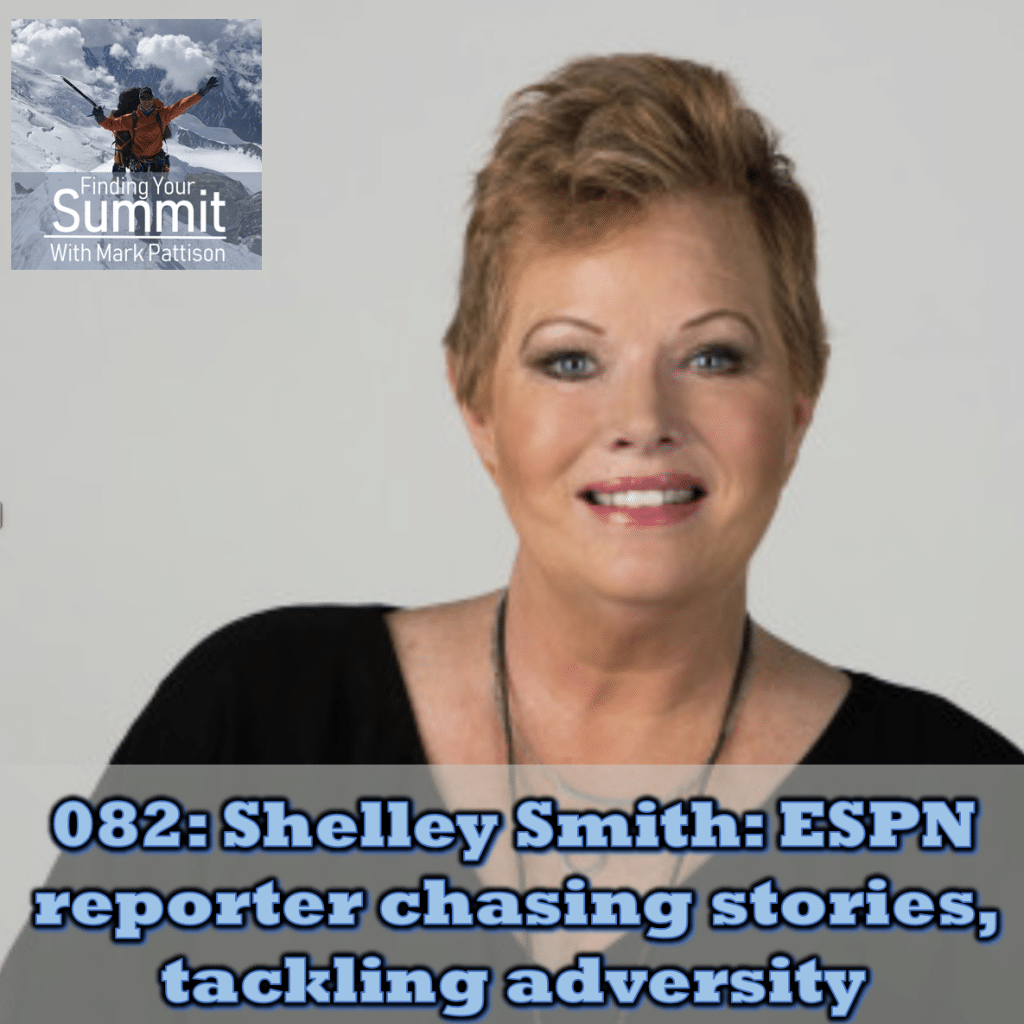 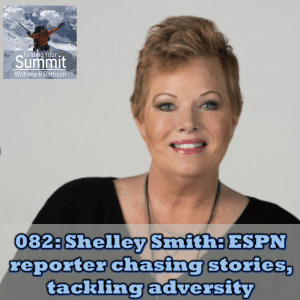 Shelley Smith is a reporter at ESPN. She’s done stories on some of the most memorable moments in sports history. It is the unique angles that keep Shelley, who avoids the obvious, valuable on the sidelines at games.

Everyone knows Shelley is a pro. When life creates adversity, Shelley gets simple. She creates a plan and keeps working. Smith defeated cancer.  When she lost her hair from treatments, she appeared on camera bald, enjoying not having to worry about the wind messing up her hair.

While covering the Warriors, Shelley had a stroke in the team’s locker room. When her mom passed, she got back to work on the sidelines in Denver where her mom and her had gone to games. Hip and knee surgeries simply make walking without a limp a significant goal; and Shelley pushes through.

Shelley’s approach to reporting avoids the obvious while providing the story that can only be seen by being at the game.

Smith won a Sports Emmy for her reporting on the Magic Johnson AIDS story. When Magic declined to participate in the story, Shelley persevered noting, “You don’t ever let the subject dictate what you do. You don’t need them.”

By getting to the people around Magic, those close to him, her reporting remained genuine, but also fair and representative of Magic and his experience. Though Magic didn’t participate at the time, he and Shelley remain professionally acquainted and friendly.

Before Keyshawn Johnson the number 1 pick in the NFL draft or a college standout at USC, he knew Shelley. She lent him her car, he babysat her daughter and she watched him develop into an NFL star. Shelley chronicles some of their early relationship in a, must read story from Sports Illustrated.  Shelley co-wrote, Just Give Me the Damn Ball!: The Fast Times and Hard Knocks of an NFL Rookie with co-author and NFL 3x Pro-Bowl wide-receiver, Keyshawn Johnson.

Teaching the Next Generation

Life isn’t all sport reporting. Shelley teaches at  USC’s Annenberg School for Communication and Journalism in Los Angeles. This means passing along the lessons she’s learned in her decades as a reporter; even if it’s hard to find time. Some days she’s teaching, via Skype,  while driving back from a Dodger game in LA traffic. Sometimes it means  grading papers on the sidelines of a major bowl game. It always means working.

Life doesn’t run out of adversity. Even if the goal is walking with out a limp, get simple, get a plan and get to work.