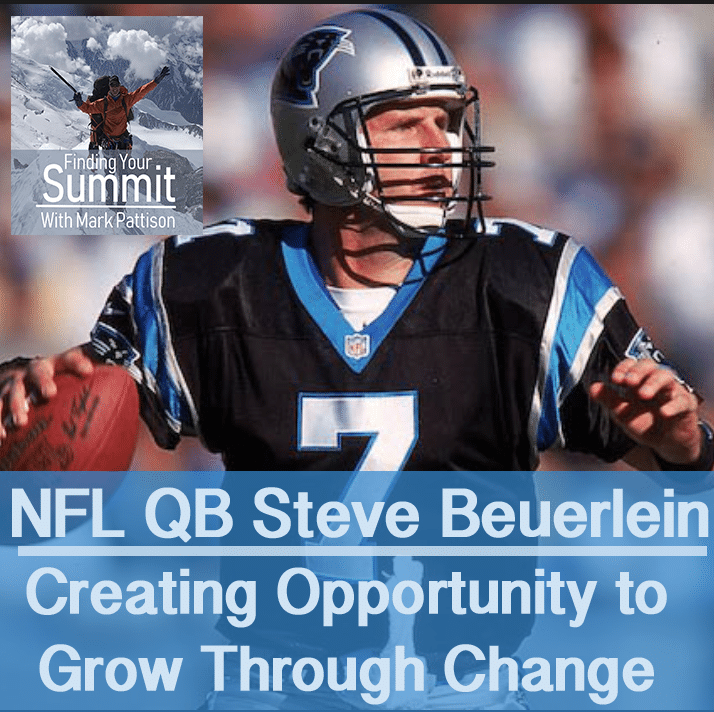 NFL QB Steve Beuerlein played for six different teams, over 14 seasons. Steve played for the Dallas Cowboys in 1992/93 season, the year the team won Super Bown XXVII. Before stepping the NFL field, Beuerlein started at QB for Notre Dame. Steve established himself as an NFL QB, ready for the next level by breaking most of the passing records while starting 39 or 46 games at the school. 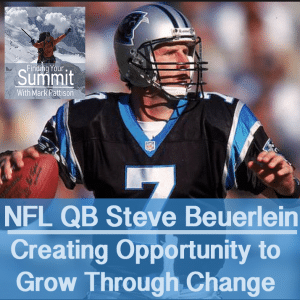 It’d be easy to look at Steve’s career and see the high moments while missing the challenges. Drafted by the Raiders, Beuerlein battled with Jay Schroeder ultimately winning the starting job.

As the lowest paid starting QB going into his 3rd season, Steve held out to improve his contract. Al Davis and Beuerlein agreed on a contract before the start of the season, , Davis however, Al being Al, penalized Mark for the contract and was done with Beuerlein on the Raiders.

Coveting Beuerlein’s capabilities and looking to create options if Troy Aikman failed to develop, Dallas acquired Steve at the dawn of their championship run. Troy strained his knee giving Steve his chance to start for the Cowboys. Making the most of it, Steve lead the team to a series of victories and ultimately started over Aikman as Head Coach Jimmy Johnson stayed with his hot hand.

Despite Beuerlein’s success, the Cowboys were always going to be Troy’s team. As a result of Troy’s health and emergence, Beuerlein, Aikman and the Cowboys won the Super Bowl in Steve’s second and final season with the team.

Steve’s showing with the Cowboys established him as a legitimate NFL starting QB. For the next 10 years, Steve moved through the NFL. First. battling with head Coach Buddy Ryan in Phoenix. Next, Beuerlein played for the expansion Jaguars and Panthers-where Steve made the NFL Pro Bowl. Finally, Beuerlein’s career concluded with a season in Denver. At each stop in his long career, Steve endured change and intra-team conflict.