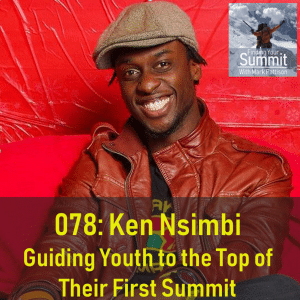 Ken Nsimbi immigrated to the United States as a teenager from his native Nairobi, Kenya. The move to the US happened while Ken and his brothers vacationed to visit their mother in Seattle. Ken’s mom kept the move a secret from the boys until just before their two-week visit ended. Leaving home, their 5-bedroom house, a comfortable life, for a 1 bedroom apartment was a shock.

Culture Shock AKA The Best Thing Ever

Growing up in Kenya, Ken’s dad had 2 wives. Nsimbi had 9 siblings. His dad, a dentist was an outgoing and gregarious fellow who had a full and lively life. Moving to Seattle to share a 1-bedroom apartment with 3 brothers, in the US was a hard transition, “It felt like a downgrade.”

“When I look back, my mom’s decision to bring us to the US was the best thing ever.”

As Nsimibi’s shock waned, he began to settle into his new life. The instrumental community partner for Ken’s transition was his mom’s church, New Horizons. Between the congregation and the youth group, Ken quickly found his way and started to evolve into an integral member of the church. Since he was nearly 18 when he moved to the US, his youth group made him a leader to enable him to remain a part of the group and ease his transition.

He never left. Today he sits on the Board of Directors for New Horizons Ministries working to help youth and young adults leave the street life.

The US a Great Country

Ken Nsimbi’s perspective as someone who’s been through the challenges of immigration remains useful today. In addition to Ken’s work with the New Horizons, he’s also a Youth Coordinator with King County. His task for the county is to create programs that provide the lessons he had to learn. His daily work creates the same support structures that enabled him to realize the opportunities present.

Everyone needs a guide. Ken’s work is focused on getting young people climbing, summiting and seizing the opportunities that are possible when one keeps putting one foot in front of the other.