In today’s episode of ‘Finding your Summit’ podcast, host Mark Pattison, former NFL Player, Entrepreneur, Philanthropist and Mountaineer who has climbed the Seven Summits, talks with guest, Skip Hall, former American Football Coach. He talks about his football journey as a coach, discusses his role of a coach and the importance of coaching. 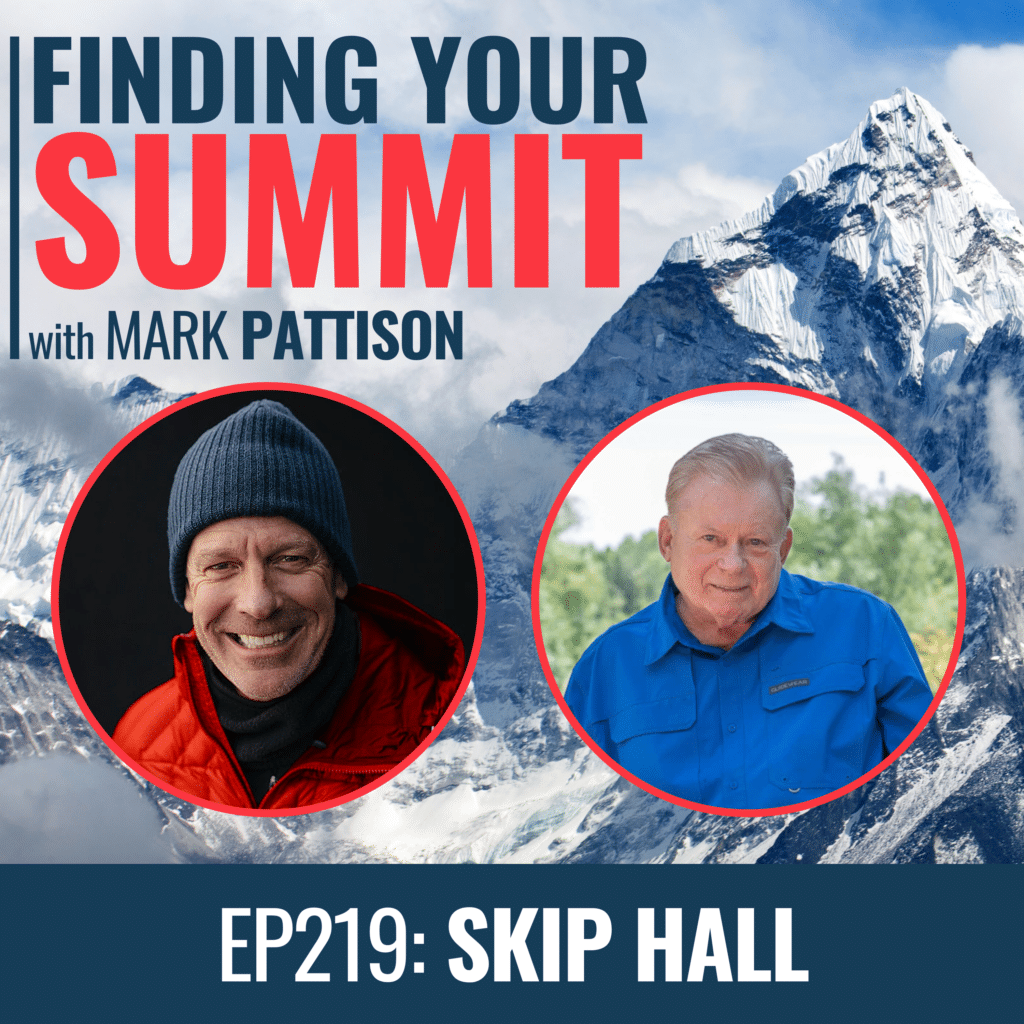 “Great leader knows what to do and when to do it.” – Skip Hall

“Sometimes people see the shiny object of my career, of really those last two years, and they don’t realize the three years of hell that I had to go through for years of glory. Right.” – Mark Pattison

“I knew what it took, and how to do it. And so, I was pretty picky. I didn’t want to just jump off and become a head coach anywhere.” – Skip Hall

“I was telling somebody who was asking me, like, how do you keep it going—and I said, you know, I think we all need inspiration; you never know who’s going to have an impact on you.” – Mark Pattison

“If you don’t change a million people, but if you change this one person’s life, because there’s something positive, you’re done—you know, what a miracle.” – Mark Pattison