In today’s episode of ‘Finding your Summit’ podcast, host Mark Pattison, former NFL Player, Entrepreneur, Philanthropist and mountaineer who has climbed the Seven Summits, talks with guest, Shailee Basnet, a Climber, Keynote Speaker, Stand-up Comedian and the Leader of the “Seven Summits Women Team” shares experience on being breaking the stereotypes by becoming first female team to scale the highest mountain. They discuss how they started a survival training program & their future goals. 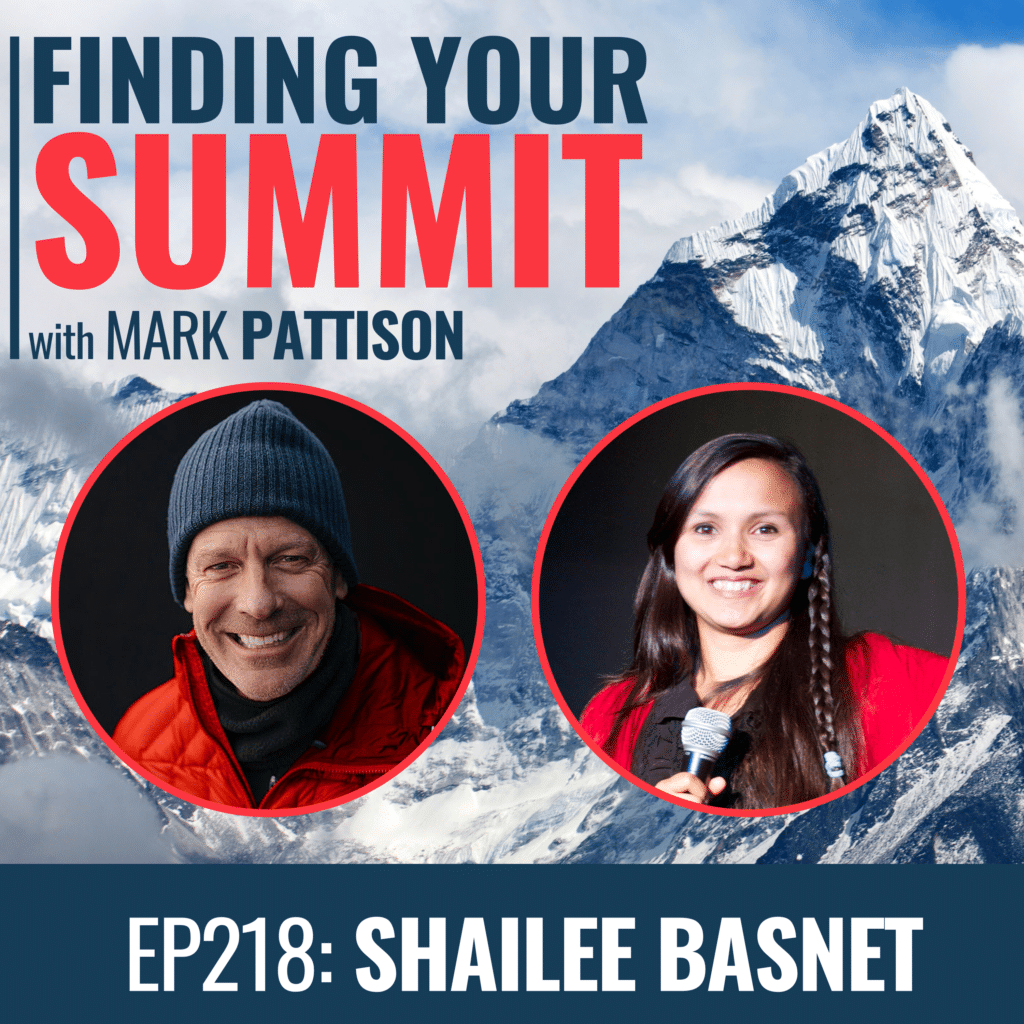