Hey, everybody, it’s Mark Pattison. I’m back again with another great episode of Finding Your Summit. All about people overcoming adversity and finding their way, just like my guest today. Before we get there, when it bounced to my website really quickly, www dot mark pattison, NFL dot com. have got over two podcast they’ve been doing this now for a number of years and I always find it very inspiring to talk to people like my guests today. We all need lifts. Certainly I do, and and so hopefully the guy today and others will bring a bright light to your heart. Um. Also on there is my average journey Um, the movie, the film that wanted M Emmy for best picture. UH, there are some links to that right there on the website. To go check it out and continue to raise money for or ground. Nonprofit helps empower others, which is what we should all be about, empowering others the best that we can do. I do it through my campaign called a millions Everest. We’ve raised well over a hundred grand now and continue to do so. So if you feel compelled, please go there. of O those funds that go um to through millions of us, to go directly to higher ground so nothing gets parked in my direction. 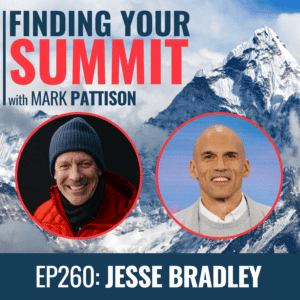